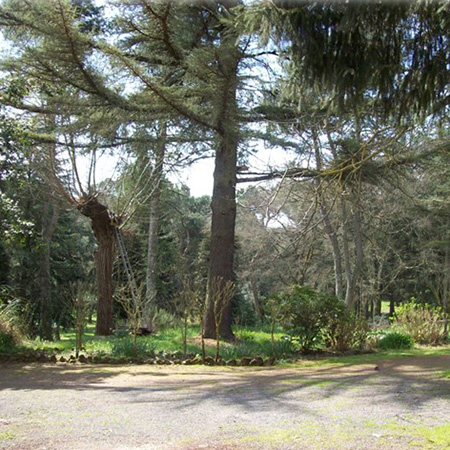 The park of Villa Paolina covers an area of about 10 ha, and comprises the main house with about 1000 square meters, a beautiful Italian garden with annexed architectural works. From a structural and botanist point of view, the park is an asset of inestimable value, certainly one of the most important gardens in Umbria as an example of historical green architecture. It consists of numerous avenues of great grandeur and flower beds surrounding the different areas for botanical composition and structure. There are two Cedrus deodara of about 200 years old in the vicinity of the main building of the Villa that are distinguished by their majesty. One of these,completely wasted by two lightning strikes, regrettably have to be felled . Are distinguishable also buxus hedges, roses and peonies, some yucca and, in particular, tree species of camellia. These large plants are certainly an element of great value in the Park. The Italian garden is made exclusively with buxus hedges, rectangular in shape and very simple, it has two driveways on the cross and square flowerbeds . Particularly impressive is the fountain of Shells. In a series of large flower beds then you can admire numerous tree species of conifers and hardwood, respectively: Cedrus deodara, Cedrus atlantica, Abies alba, A. pinsapo, A. cephalonica, lawsoniana Chamaecyparis, Cupressus sempervirens, C. macrocarpa, C. arizonica, Libocedrus decurrens, Picea excelsa, Pinus excelsa, P. halepensis, P. nigra, P. pinea, Cryptomeria japonica, Mansiesii Pseudotsuga, Sequoia sempervirens, Taxus baccata, Thuya orientalis. Acer pseudoplatanus, Aeusculus ippocastanus, Arbutus unedo, Buxus sempervirens, Commelina japonica, Castanea saliva, Ilex aquifolium, Hedera spp., Prunus laurocerasus, Quercus ilex, Q. pseudosuber, Q. pubescens, Q. pedunculate, Rosehip, Hibiscus, Yucca and Viburnum. 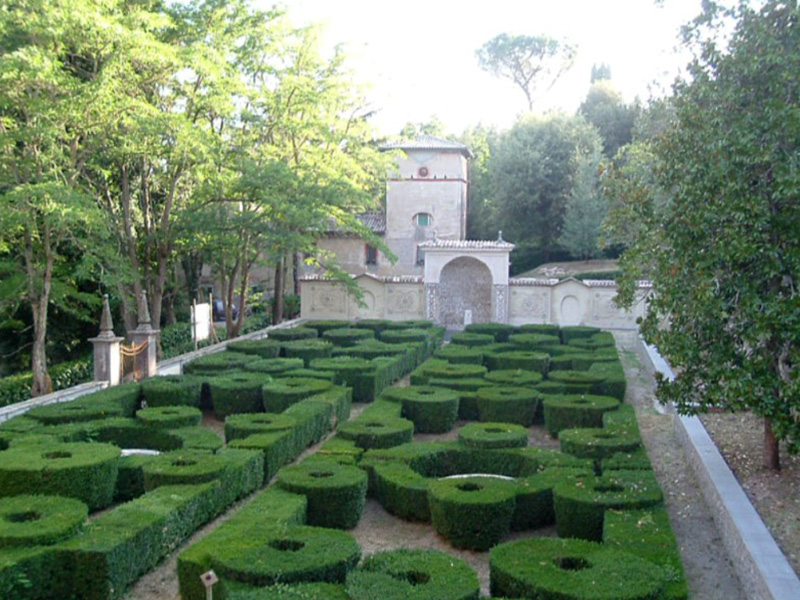 The increasingly serious deterioration of some of the specimens mentioned above has prompted the regional authorities on Parks, the heritage officers of the Terni Province and the IBAF direction to accelerate the preparatory acts to the call for tenders for interventions aimed to restore the park to be achieved by 2014. Works will provide the renovation of the park in an area of natural forest with native species, landscaped areas, areas with species of botanical interest, the arrangement of the avenues of connection with the main villa using species that were present in the villas of eighteenth and nineteenth centuries, the creation of a thematic map (map of the vegetation cover, accompanied by structural transects for species present), the realization of smart technology labels indicating species, definition and illustration of the plant architecture, leaf morphological characteristics, as well as scientific and common nomenclature in the final vision to develop paths and laboratory for education. 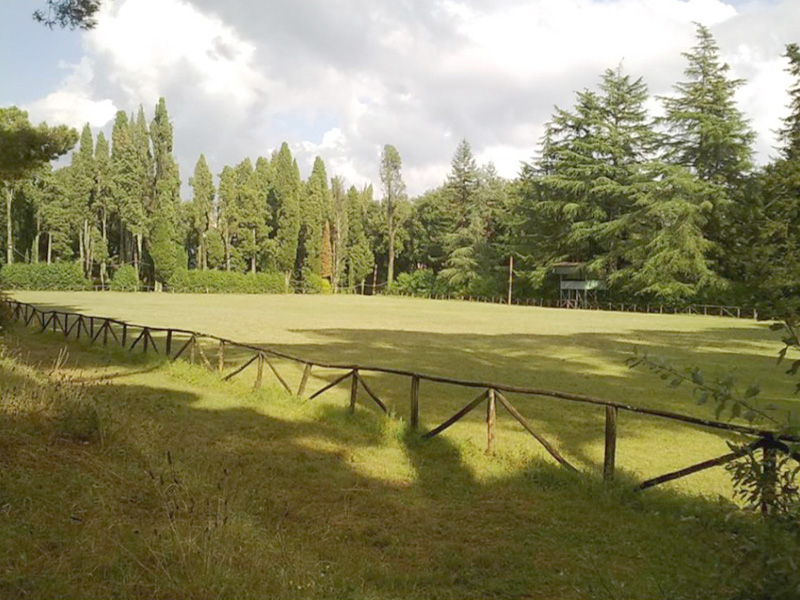